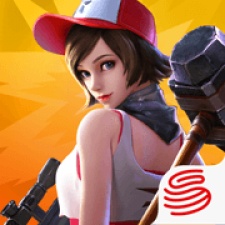 Much like it already did with its Playerunknown’s Battlegrounds-likes on mobile Chinese publisher NetEase is rushing out a Fortnite clone called FortCraft for smartphones and tablets.

The title is described as a “free-to-play crafting survival battle royale” mobile title - much like Epic Games’ hit game, which itself took cues from PUBG with the implementation of a battle royale mode.

In FortCraft users anter a 100-player battle and can build their own forts to help defend themselves from enemies, either on the fly or with pre-built structures. The last player or team standing wins.

The FortCraft beta is rolling out today (March 12th) on iOS and Android.

"We have built FortCraft to provide the essential Sandbox multiplayer survival game experience for mobile," read a statement from NetEase.

“Players will be dropped into a 4x4 km map that has an amusement park theme. Players must survive a 100 player battle to claim the glory of last one standing.”

The news comes hot off the back of Epic’s reveal of Fortnite Battle Royale for mobile. Powered by Unreal Engine, Epic said the title will feature the same gameplay, map, content and weekly updates as its dektop and console counterpart.

The mobile release will also have cross-play with PS4, PC and Mac users. Epic is today also kicking off an invite-only beta to test the mobile version.

NetEase has had huge success with battle royale titles such as Rules of Survival and Knives Out, which are both very similar to PUBG. In February 2018 alone Knives Out was thought to have generated around $24 million.

The success of these titles shows just how lucrative it can be for developers to take a hit PC game and create similar experiences on mobile first.