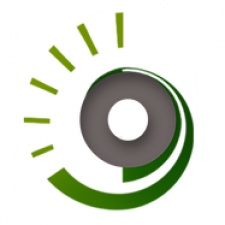 The developer said it aims to create interactive stories for players, while also providing a platform for users to create their own. Those who create stories also stand to take a share of the revenues they generate.

Ordinal Games will have a design and distribution team in LA, while its development team will be situated in Shanghai.

The company is said to have already received backing through seed investment. It aims to seek new partners for further funding to support its growth.

“We see a greater level of narrative integration as the next step for mobile RPGs,” said Ordinal CEO Chris Pasley.

“Character and narrative will be the keys to going beyond dry but effective mechanics and toward rich experiences that drive high retention - while also embracing what makes free-to-play work.

“Allowing players to create their own narratives inside our platform is one of the ways our games will be able to differentiate themselves - with vast amounts of creative, constantly refreshing content.”

Interactive fiction is one of the hottest trends in the mobile games industry right now, spearheaded by titles like Pocket Gems’ Episode and Pixelberry’s Choices.

Swag Masha on why it sold to My.Games and how it's carving out a space in the interactive fiction market