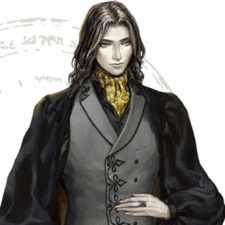 Konami has revealed that the latest instalment of its Castlevania franchise is on its way to mobile.

Castlevania: Grimoire of Souls will touch down in Japan later this year on iOS. No plans were announced regarding when the title will come to Android or if it will receive a global release.

Grimoire of Souls uses the traditional 2D-style of graphics that will no doubt evoke memories of previous fan-favourite titles such as Symphony of the Night.

Gameplay however appears to be more of a departure with the new game getting a multiplayer focus, featuring up to four player co-op and competitive head-to-head modes.

Grimoire of Souls is set for a closed beta test in the coming months. Applicants who own an iOS device can sign up to the Japanese closed beta and can expect to hear back around mid-May should they be successful.

The new title could continue a streak of fine form on mobile for Konami with its Yu-Gi-Oh! title Duel Links and football title PES 2018 hitting the 60 million and 80 million downloads mark in January respectively.