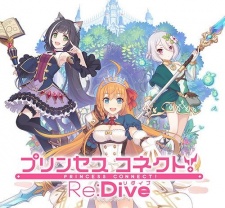 Japanese publisher CyberAgent's portfolio of games brought in $368.2 million in sales in Q2 for the three months ending March 31st 2018.

The revenue represented a 12.8 per cent year-on-year increase on the $326.3 million it reported during the same period last year.

CyberAgent credited the performance of its new IP Princess Connect! Re:Dive as a major factor in the improved performance. The anime-RPG was released on Android and iOS on February 15th in Japan.

Overall CyberAgent recorded a 17.4 increase in sales year-on-year to a total of $998.2 million. Its advertisement branch making the largest contribution with $559.7 million.

The new partnership was announced in April and will see the console games giant take a five per cent stake in CyberAgent subsidiary Cygames for an undisclosed sum.

CyberAgent sales hit $2.4 billion but profits are still in a slump