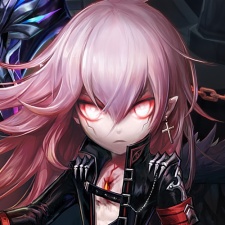 According to the South Korean mobile games developer 85 per cent of this cash came from abroad.

Additionally, it is the 10th consecutive quarter that the company has seen revenues hit the $100 million mark.

Com2us also posted profits of $37 million for the quarter.

Flagship RPG title Summoners War was singled out for a strong performance and has recently surpassed 90 million downloads since its launch four years ago.

MLB 9 Innings 18 and Golf Star were also singled out for having “stellar earnings” and for giving the company’s Q1 results a significant boost.

Looking forward, Com2us will push the Summoners War IP on the global market with an animated series and a complication of comic books. The material is currently being developed in partnership with Walking Dead creator Robert Kirkman and Skybound Entertainment.

The company also has plans to release action figures, clothing, and other merchandise with toy manufacturer Funko, which will also be based on the Summoners War IP.

Com2us’ mobile iteration of Activision’s Skylanders franchise is also penned in for release in the summer while its Summoners War MMORPG will aim to be available to players by the end of the year.