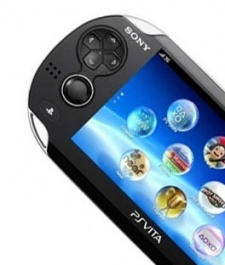 Updated 2:20 pm May 18th: After a report that Sony was to discontinue the production of physical game cards for the PS Vita, GameSpark is now reporting while this is true for most countries, manufacturing will continue for Japan.

Word comes from a representative of Sony Japan who confirmed the news.

In response to being asked whether the manufacturing of PS Vita hardware will continue, the rep said: “Since in Japan we want everyone who keeps playing to enjoy an extensive game line-up, at this present point we plan to continue our marketing activity.”

Original story: Sony is set to cease the physical production of Vita game cards six years after its launch.

As reported by Kotaku, the console giant will stop producing the games cards by the end of March 2019 although digital output will continue.

The company told developers that it planned to “end all Vita GameCard production by close of fiscal year 2018”. It asked all requests for Vita product codes be submitted by June 28th, 2018.

Additionally, Sony relayed that final purchase orders should be sent by February 15th, 2019.

The console giant has been gradually moving away from its series of PlayStation Portable devices following a decline in sales since its launch in 2011.

At the Tokyo Games show last September CEO Andrew House said the company would not be taking on the Nintendo Switch as it believed the handheld market had shown limited potential.

Sony has instead decided to focus on its home entertainment and mobile segments.