Netmarble’s Knights Chronicle pulls in 500,000 pre-registrations in one week 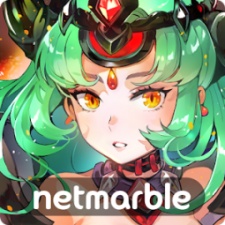 Netmarble’s MMORPG Knights Chronicle has pulled in 500,000 pre-registrations ahead of its launch.

Pre-registration is still open and offers players in-game items like six-star rated Rebecca, a member of the White Knights; one million gold and 200 diamonds.

Players will receive these items once Knights Chronicle launches on the App Store and Google Play this summer.

Knights Chronicle is an MMORPG that follows the adventures of Theo and his friends as they uncover a hidden past and attempt to prevent the ruin of the planet ‘Garniel’.

Gameplay revolves around a turn-based based battle system and a unique set of passive skills for each hero, along with special rules for each stage.

Knights Chronicle is currently soft-launched in Indonesia, Malaysia, Thailand and Vietnam. It’s set for a full release across 140 countries in the summer.

“Knights Chronicle is a shining example of an RPG done right and we’re so excited to see that many are agreeing with us,” said Netmarble division director Youngjae Park.

“With the inspiring amount of support we have received so far, we are truly grateful to be providing a fleshed out RPG experience for people to take with them wherever they are on their mobile devices.”

Netmarble preps for The King of Fighters Allstar's global launch