Pokémon: Let’s Go duo to come out late next year while Pokémon Quest is out now 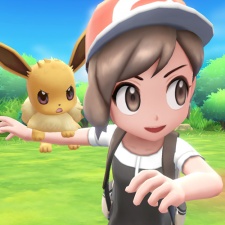 Nintendo and The Pokemon Company have revealed a slew of new Pokemon games set for the Nintendo Switch and mobile: Let’s Go Pikachu, Let’s Go Eevee and Pokemon Quest.

Following the series formula, Let’s Go Pikachu and Let’s Go Eevee are variants of the same experience, which is a remaster of Game Freak’s 1998 hit Pokémon Yellow.

Alongside updated 3D visuals graphics, each title will also be able to connect to Pokemon Go. Players can catch pokemon initially discovered in the Kanto region in Pokemon Go and then transfer them into their Nintendo Switch adventure.

Additional collaborations between Pokemon Let's Go and Pokemon Go will be revealed shortly.

Nintendo also revealed a gadget called the Poke Ball Plus, which can take the place of the Joy-Con and will rumble when a pokemon is in the midst of being captured.

Get a Pika this

Nintendo and The Pokemon Company also revealed another RPG called Pokemon Quest, which has already launched on the Nintendo eShop. An App Store and Google Play release is set for June.

Players can also customise a base camp and decorate it with collectables to provide in-game benefits.

“Players will be able to personalise their pokemon and develop a strong bond with their pokemon friends while battling their way through the adventure. With the simple touch-screen controls, Pokémon Quest is a game that Pokemon fans of all ages can pick up and play.”