US studio could be set to explore the mobile games market 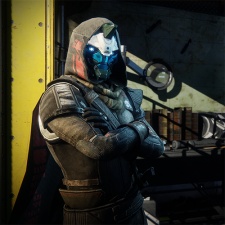 Chinese online and mobile games publisher NetEase has acquired a minority stake in Destiny developer Bungie after investing more than $100 million in the studio.

NetEase said the investment would help speed up the US studio’s vision of “becoming a global, multi-franchise entertainment company”.

Despite the deal Bungie will maintain its existing long-term partnership with Activision on the Destiny franchise.

"We have been big fans of the worlds Bungie has created, and are drawn to Bungie's passion and creativity in online games development," said NetEase CEO William Ding.

"Bungie and NetEase share the same vision and ambition to deliver incredible experiences to millions of players all around the globe. We are excited to partner with Bungie as they transform from a single franchise development team into a global, multi-franchise entertainment studio."

While Bungie has long been a console and PC developer, it’s possible its IP could now be extended to mobile platforms.

NetEase has a hugely successful business in mobile thanks to games like Fantasy Westward Journey, Onmyoji and more recently battle royale titles Knives Out and Rules of Survival.

A statement from the company said the NetEase deal would “help us explore new directions”. The move to mobile wouldn't be a total surprise - a number of hit PC titles of late such as Playerunknown's Battlegrounds, Fortnite, Lineage and others have successfully made their way to mobile.

Speaking to Gamesindustry.biz, Bungie CEO Pete Parsons noted that the Chinese publisher has “a significant amount of experience in mobile we don’t have”.

"One of the things we were really excited about when we met with them is their team has a considerable amount of development expertise and practices and processes that I think we can also learn from as a company who's trying to make games," said Parsons.

"That's one of the things we like about them. They're in the business to make games, and they're very excited about the future where we're beginning to incubate and explore new ideas."