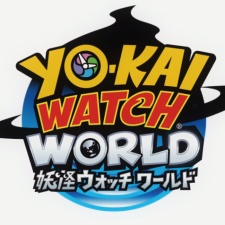 The Japanese publisher is best known for its long-running Puzzle & Dragons franchise, which still brings home big numbers for the studio despite a long decline.

Now, GungHo is taking on Pokemon Go with Yo-Kai Watch World. The Yo-Kai Watch series was created by Level-5 in 2013, launching on 3DS and mobile. Sequels and spinoffs followed shortly, and now Gung-Ho is putting an AR twist on the series.

Both Pokemon and Yo-Kai Watch are superficially very similar, centring on capturing, trading and battling fantastical monsters. It follows that the move to AR makes as much sense for the latter as the former.

Like Pokemon Go, Yo-Kai Watch World has players interacting with monsters in the real world through AR interfaces. Players battle monsters to capture them, with the ultimate goal of catching ‘em all.

There are similar analogues to raid battles and pokestops, but World isn’t entirely bereft of its own ideas. One player’s Yo-Kai can possess another player, travelling with them for a while and potentially returning with rewards.