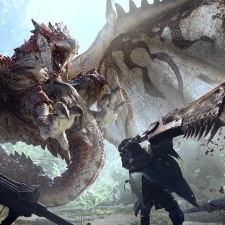 Profits for Japanese publisher Capcom shot up 648.6 per cent year-on-year to a record $35.1 million for the three months ending June 30th 2018.

Overall revenue for the quarter came in at $155 million, up 46.5 per compared to the same period last year.

Much of the strong performance can be put down to hit console game Monster Hunter World, which has now surpassed eight million sales ahead of its PC launch.

Capcom’s digital contents business, which includes mobile, was also said to have driven earnings for the publisher. It noted that Street Fighter 30th Anniversary Collection had performed steadily and outperformed expectations.

Despite strong earnings in digital, the performance of Capcom’s existing portfolio of mobile titles, which includes Monster Hunter Explore, was said to have “slightly declined”.

It has recently released Dai Gyakuten Saiban 2: Naruhodo Ryunosuke no Kakugo on mobile, but the publisher did not mention anything about its performance.

The release came around the same time as Capcom Vancouver shut down Puzzle Fighter. The team behind it was moved to the Dead Rising franchise, suggesting the studio has now stepped away from mobile development.