The event was held at the TCL Chinese Theatre and had a total prize pool of $550,000 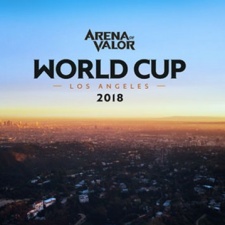 The event was staged in Hollywood at the TCL Chinese Theater and featured teams from China, Chinese Taipei, Korea and Thailand.

Each team faced off in a series of best-of-five matches, with the grand final being the exception with a best-of-seven set-up.

“Season One of Arena of Valor esports has surpassed all of our expectations, and has paved the way for us to double down on our ambitions moving forward into Season Two and beyond.”

The event follows Arena of Valor recently surpassing the $3 million revenue mark in the US alone.

However, The MOBA has yet to live up to the success of its original version, Honor of Kings.

Widely seen as a national sensation in China, Honor of Kings generated $1.9 billion in revenues in 2017.