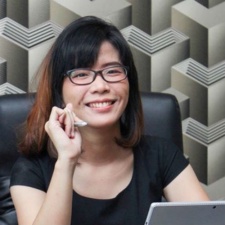 Agate’s chief marketing officer Shieny Aprilia gave an array of tips to aid developers looking to get into the Indonesian mobile market during Devcom.

The thrust being, that the mobile games market is set to play a prominent role in the wider Indonesian economy as it’s forecasted to be among the top five in 2030.

The Indonesia-based games developer was founded back in 2009 and has gone on to pull in across 10 million players across its games portfolio.

The first tip was to create or publish a mid-core or hardcore title to appeal to the countries player base, as those games attracted the highest amount of spending customers within the country.

Using data supplied by Sensor Tower, Aprilia pointed to Moonton’s multiplayer online battle arena game Mobile Legends as a prime example as it topped the charts within the country for revenue and downloads.

Other highly grossing titles like IGG’s Lords Mobile and Youzu’s Legacy of Discord also landed within the top five of revenue without making the top 10 of downloads.

The second tip was to localise content and be wary of the trends within the country, such as a preference for local heroes and recognisable figures.

Aprilia compared Mobile Legends’ success to Tencent’s hit MOBA Honor of Kings, known as Arena of Valor in the West, as the former had advertised itself with a locally renowned hero within its imagery.

Comparatively, Honor of Kings was advertised with a picture of Batman who was a forefront of Tencent’s promotion of DC characters within the game.

While Honor of Kings has global acclaim, having generated $1.9 billion in revenues in 2017 alone, Mobile Legends proves more popular in Indonesia.

I ain’t afraid of no ghosts

The next tip of capitalising on local trends was the prominence of ghosts within Indonesia’s films and TV show due to their immense popularity.

Aprilia revealed the popularity to be one of the driving forces behind featuring the existential beings in Agate’s android title Juragan Hantu.

Finally, the last tip was to target Android devices as 90.69 per cent of mobile gamers is on the device. Tieing into Androids accessibility in terms of pricing, Aprilia also recommended developing games that run on low to mid-end devices.

As previously reported, Indonesia is the largest mobile games market by both revenue and players, which will exceed 100 million in 2019.

The high-figures are helped in part by having the largest population in Southeast Asia.

While the country is the largest market and saw the biggest growth in 2017 it has the second lowest ARPPU in the region. This comes from the country having the lowest internet penetration in the region as well as Indonesian gamers not having as much disposable income.