Event returns to Hyderabad on December 4th and 5th 2018 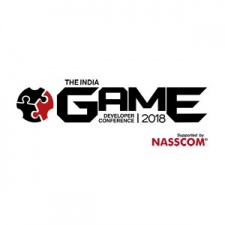 India's biggest B2B games event Nasscom Game Developer Conference has had a rebrand ahead of its 10th-anniversary show on December 4th and 5th 2018.

The show will now be known as the The India Game Developer Conference. This year’s event will be held at the Hyderabad International Convention Centre (HICC) in Hyderabad, India.

The NGF Awards meanwhile has been renamed as the IGDC Awards.

IGDC is also set to be the flagship event for IndiaJoy, a new initiative by the State of Telangana, which is running a week-long festival to showcase games, animation and VFX. Other IndiaJoy events are set to be unveiled in the coming weeks.

Alongside IGDC will be Unity’s Unite India conference, which will run on December 5th and 6th.

“On the 10th anniversary of the conference we decided that it was time to rebrand NGDC to The India Game Developer Conference, to more accurately reflect a platform that has grown from strength to strength over the last decade, to become the must-attend conference for games in India,” said IGDC advisory committee chair Rajesh Rao.

Speaker submissions for IGDC are open until September 30th.

For further details about the event head to the official IGDC website.