Tencent is holding its first PUBG Mobile tournament in India 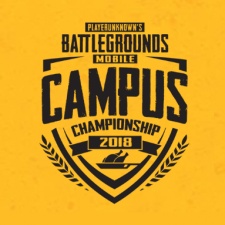 The publisher is partnering with local smartphone brand Oppo to create the PUBG Mobile Campus Championship 2018 with 1000 colleges across 30 cities in the country.

"PUBG Mobile has become one of the most played games in India,” said Tencent Games India general manager Aneesh Aravind, speaking to Gadgets360.

“Recently PUBG Mobile crossed the 10 million daily active users (DAUs) around the world (excluding China). We are organizing local events and tournaments around the game to build the brand and increase our user base. We are also planning e-sports championships in India to engage our core players.”

However, as PUBG becomes more popular in the country, so has cheating become more prominent.

"Unfortunately, there has been a rise in cheaters and hackers lately within our community. We have a firm zero tolerance for this. We are working on reducing the cheating problems due to the use of emulators and other cheating tools on mobile.

“In addition to that, we are also looking at the information provided by our players in gaming communities to make the product better.”

More details and team registration can be found at the PUBG Mobile India site.