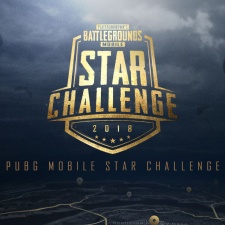 The first Star Champions series plans to bring celebrities, professional gamers and internet personalities together for series of tournaments.

Teams from across Europe, Asia, North America, South America, Japan/Korea and China will compete for a slice of the substantial prize pool. Grand finals are set to take place in Dubai at the end of this year.

The Star Challenge series focuses on “celebrity streamers” and prospective participants needed an audience of at least 1,000 fans or followers on select streaming sites to take part. Over 15,000 players signed up by the time applications closed on September 10th.

Besides a $200,000 grand prize, an overall winner will receive a contract to become an official PUBG Mobile streamer with access to a number of promotional resources. Each region’s “most popular” player will also receive $10,000.

PUBG Corp appears to be banking on the mobile battle royale’s escalating popularity by focussing on personalities and streamers. The mobile edition of PUBG has been downloaded over 100m times as of this August.

The first major event of the series is the Europe Final, taking place in Kiev, Ukraine from September 29th to 30th. More information is available on the Championship website here.