FunPlus' Guns of Glory shoots past $215 million in first year

Adds to strong showing from publisher's other title King of Avalon 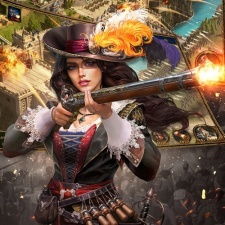 It’s estimated that in August alone the title brought in approximately $54 million and ranked 32nd amongst all the highest grossing apps.

The US is said to be the most lucrative for the game, with 43 per cent of revenue to date ($92 million) coming from the country. South Korea meanwhile represented 9.7 per cent of sales at $21 million.

Interestingly Guns of Glory’s downloads are driven largely by Android users, who make up 80 per cent of the title’s 26 million total downloads. Around 5.3 million new installs were generated in August alone.

It adds to a strong year for publisher FunPlus. Sensor Tower previously estimated that strategy MMO King of Avalon has made $380 million outside of its home China market to date.