Jagex joins the Big Indie Awards at G-STAR as sponsor 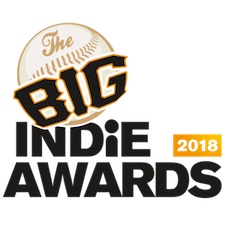 Celebrating the very best independent game developers from around the world, The Big Indie Awards mark the season finale to an incredible year of competition.

Independent studios and lone developers battled their way through Big Indie Pitches in locations including London, San Francisco and Helsinki for the chance to join the prestigious shortlist representing the very finest professionals working in the sector today.

The awards will be presented live on stage this November 15th at South Korea’s biggest B2B games exhibition and conference, G-STAR.

We’re pleased to announce that Cambridge-based developer and publisher, Jagex Partners, is joining headline sponsors G-STAR as Gold Sponsors for the mobile and PC Big Indie Pitches at the event, the Big Indie Awards and an unmissable after-party to raise a glass to the winners.

Jagex is best known for its 17 years’ experience running Runescape, generating more than $1 billion in revenue. The company now offers a range of services that include marketing strategy, digital marketing and user acquisition, analytics and data science, monetisation design, and community engagement.

To arrange a meeting at G-STAR to find out how Jagex could help your business, just fill out this form.

General nominations for the Big Indie Awards are now closed, but Korean developers have until the end of October to enter the Local Developer Award. Find out more here.

Judging starts for the Big Indie Awards at G-STAR