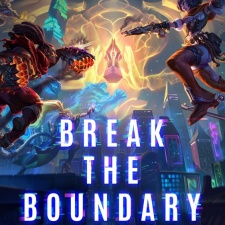 Arena of Valor’s 2018 International Championship will see 16 teams compete for a slice of the $600,000 prize pool.

The event marks Tencent’s largest esports tournament for the hit MOBA, with both the largest selection of competing teams and the heftiest prize pool yet.

Top-performing teams from each region in Valor Series Season 2 will be selected to take part in the event. This includes the first appearance of an Indian Team in at the International Championship

The top four seeded teams will head straight to the finals in Thailand, while the remaining 12 will compete in qualifiers beginning November 23rd in Vietnam.

The finals in Thailand will take place on December 15th to 16th.

Between the Arena of Valor World Cup and International Championship, Tencent is hoping to develop a "true global ecosystem for mobile esports around the world".

“Thailand is not only a dream destination for many international travellers, it is also home to some of the most active and passionate Arena of Valor fans in the world,” said Tencent America director of esports Ramon Hermann.

“This event is the marquee opportunity to capture that fandom and project it out to a global audience.”