Limited space available, register now to not miss out 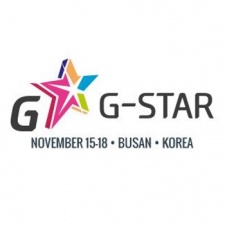 There are only limited slots left available for indies to be part of the Indie Game Zone at South Korean games conference G-STAR next month.

By bagging a place you'll be able to get your project in front of more than 2,000 members of the industry, in addition to the 225,000 gamers who attend the show. This is an area dedicated to showcasing independently-developed games, not far from the Big Indie Pitch area at the conference.

There's limited space available at the Indie Game Zone, with just a few tables left. They are free, however, so you have nothing to lose by signing up today - and can do just that by emailing mk@gamek.or.kr.

Steel Media is going to be at the show, running the aforementioned Big Indie Pitch as well as holding the finals of the Big Indie Awards, sponsored by Jagex Partners.

Nominations have closed for this, but Korean developers can still put themselves forward for the Local Developer Award until October 31st, 2018.

Steel Media is also running the PocketGamer Party in association with Persona.ly, Jagex and G-STAR.

You can also learn a bit more about the local market thanks to the South Korea Special that PocketGamer.biz and PCGamesInsider.biz have been running over the last few days.