“We shouldn't see similarity as a requirement for helping each other"

At Melbourne International Games Week, The Working Lunch director Ally McLean delved into how mentorship can better the industry 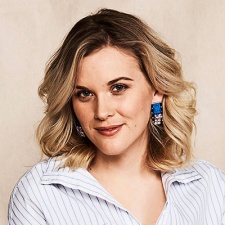 Seeing yourself in a mentee may be a strength in forging a bond, but it’s not the only thing that matters.

The sentiment comes from Australian women's mentorship programme The Working Lunch, which sets out to aid women in finding their way into the games industry.

Director Ally McLean delved into the misconceptions surrounding mentorship during the Games Connect Asia Pacific conference, which is part of the Melbourne International Games week.

McLean started her section of the closing keynote by harkening back to her first GCAP experience, saying she felt like an outsider and was afraid to attend any of the talks.

The more she became integrated into the community, however, the more she felt more had to be done to welcome newer faces.

“If we believe in the work that we’re doing and in our people and in our games, and in our plans and our contingencies, why are we insecure about sharing information with people outside of our circles?” McLean posed to the audience.

“How can we disassemble this establishment in a way that levels the playing field? And what can we all do to contribute to a culture that subsides the fear of honesty and sharing?

“I’ve had a few conversations with people over this week and this year in general about once you get to a stage in your career who you should be mentoring.

“The first misconception that I bought into about mentorship that I can get rid of for you now is that mentees should be your younger self.

"This is a lazy exercise in ink, and it doesn’t help anybody.

“If we only foster the futures of people who we see ourselves in, people who are exactly like us, we're gatekeeping the industry.

“So this isn’t to say that you shouldn’t help someone if they’re similar to you, I simply mean that we shouldn’t see similarity as a requirement for helping each other.

We caught up with Ally McLean during PAX Australia, the interview will be on the site soon.

5 things we learned from the Melbourne International Games Week