“Apple’s statements have been deliberate attempts to obfuscate and misdirect” 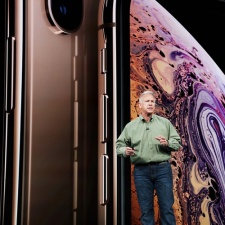 Qualcomm has accused Apple of violating a court order it claims should cease the sale of iPhones in China.

Qualcomm previously claimed to have won a preliminary court order that found Apple in violation of two of its patents. The US chip producer believes this means certain models of iPhone are now barred from sale. Apple however continues to sell devices in the country.

On Monday Apple pushed out an iOS update Apple that, alongside other minor changes and fixes, was allegedly aimed at bringing the software in line with Qualcomm’s patent restrictions.

The first patent covers a phone user’s ability to adjust and reformat the size and appearance of photographs. The second concerns their use of a touch screen when viewing, navigating and dismissing applications on an iPhone.

According to CNBC, Apple believes the ruling only applies to iPhones on older versions of iOS. Reuters claims however that documents presented by Qualcomm claim that no mention is made of an operating system, only software features.

“Despite Apple’s efforts to downplay the significance of the order and its claims of various ways it will address the infringement, Apple apparently continues to flout the legal system by violating the injunctions,” said Qualcomm’s general counsel Don Rosenberg.

He added: “They [Apple] are legally obligated to immediately cease sales, offers for sale and importation of the devices identified in the orders and to prove compliance in court.”

Apple continues to reaffirm that all iPhone models remain available to customers in China and that it will pursue all of its legal options through the courts.