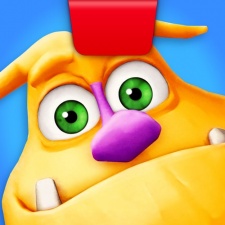 The learning start-up is Byju’s first US acquisition and fits neatly within its educational focus. Byju’s operates online educational courses for over 30 million registered students in India, from grades four to 12.

Osmo will continue to operate as an independent entity and will help Byju’s break into creating content for younger children.

“With this acquisition, we are expanding into a new age demographic and entering the world of younger kids (age group three to eight),” said Byju’s founder and CEO Byju Raveendran.

“Our partnership with Osmo will help kids acquire love for learning at an early age by introducing ‘play-based learning’.”

In a statement, Osmo added: “The company's physical-to-digital experiences, approach to thoughtful design and the elegant, age-appropriate use of technology has led to a faithful following among teachers and parents.”

Osmo has quickly established a place for itself in the educational games space, raising $24 million in a 2016 funding round from major players like Mattel and Sesame Street.