The genie is out of the bottle 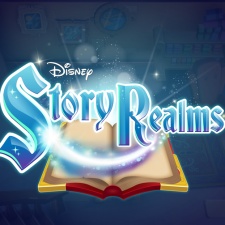 Disney Story Realms is a free-to-play title that features experiences from both Frozen and Beauty and the Beast. In each area, users can interact with well-known characters and take part in mini-games that all surround the main story. The aim of the app is help learning development in children.

The company says that areas based on newly-released film Ralph Breaks the Internet, as well as other Pixar properties, are set to be added in later in the year. Disney Story Realms is now available to download on both the App Store and Google Play.

“We are thrilled to collaborate with Disney Publishing Worldwide on Disney Story Realms,” said CEO of Kuato Studios Mark Horneff

“Team Kuato worked closely with Disney to create fantastic interactive worlds that are brimming with iconic characters and narrative experiences that inspire learning development in fun, engaging and immersive ways.”

Recently CEO of Disney Bob Iger spoke about how licensing the company’s properties in games is the best model for Disney having tried and failed to make games itself in the past.