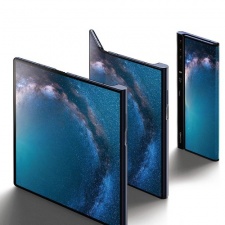 Electronics manufacturer Huawei has revealed a new foldable phone called the Mate X that is set to take on Samsung’s Galaxy Fold in the mobile market.

The 65 watt charger will reportedly charge the device to 85 per cent in 30 minutes.

The standard model will feature 5G connectivity and will fold out to eight inches, where as Samsung’s screen reaches 7.3 and will not include 5G unless the premium option is opted for. When not extended the Mate X will reach 6.6 inches, while the Galaxy Fold will be 4.6.

The Mate X will be available from $2,600 and is due to launch in the middle of 2019. That’s significantly more expensive than the Galaxy Fold that is priced from $1,980 and due on April 26th.

Huawei’s decision to create a foldable phone and reveal it so soon after Samsung gives further precedence that the Chinese phone maker is looking to take a chunk of sales that its South Korean competitor has dominated with for years and take a lead in this new niche market.