Lessons from a year of location-based games with Google Maps

Real world gaming said to drive engagement; most successful when integrated with AR and social elements 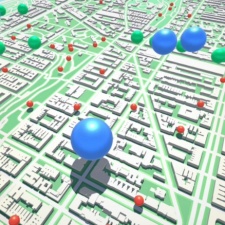 In that time, a number of games have been released in the vein of genre leader Pokemon Go: Ludia’s Jurassic World Alive and Next Games’ The Walking Dead: Our World. Other titles like Mixi’s Monster Strike have also incorporated location-based elements.

In a blog post, Google detailed how one of the key lessons from the last year is how location gaming has been blended with augmented reality technology and social features.

According to Next Games, 90 per cent of the game’s daily active users are in a guild. Three out of every four players meanwhile play the title with friends.

AR has also been a key part of these location-based games. Rather than just keeping the gameplay solely on the phone, AR is used to bring the game into the real world - whether that’s with pokemon, zombies or dinosaurs.

Google said that five games launched on its Google Maps platforms over the last year. Three of the top 10 ARCore games in the last year have been built on the location tech.

Next Games meanwhile said that it has achieved a 54 per cent higher day seven retention rate compared to the average for the top 50 US games, based on App Annie data.

For Mixi, it’s already had massive multi-billion dollar success with Monster Strike. As a brand new feature, it integrated a map mode recently and the publisher claimed that it saw a 30 per cent increase in daily sessions after adding location-based features.

It also said that 50 per cent of users who engaged with these features played the title for five or more consecutive days.+