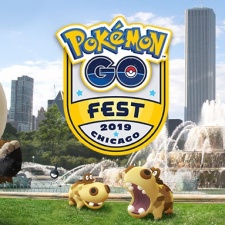 After hosting the game’s first ever South American event in Porto Alegre, Brazil, Niantic has set a further three dates due to take place in Chicago, Dortmund and Asia - with the latter’s location still to be divulged.

Known as Safari Zones, these events feature an increased amount of Pokemon as well as a higher chance of catching a shiny version of the pocket monsters. Tickets need to be purchased to gain entry to the event, with more details to be released in the coming weeks.

The summer Safari Zones will take place on the following dates:

The next Safari Zone will take place in Sentosa, Singapore from Thursday, April 18th to Monday, April 22nd.

Dates for the next four Pokemon Go community days were unveiled: May 19th, June 8th, July 21st and August 3rd.

Pokemon Go has continued to be a success for Niantic with the game recently surpassing an estimated $2.5 billion in worldwide player spending.