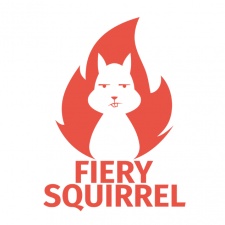 Natsume has fired up its new Indie Program with the reveal of its first title Cosmic Defenders.

The publisher behind Harvest Moon and Reel Fishing has started the Natsume Indie Program as an initiative to provide a platform for smaller developers. Its first client is one-man Venezuelan studio Fiery Squirrel.

That studio's first game, Fluff Eaters, launched on Android and iOS back in 2012. The Natsume-published follow-up Cosmic Defenders will come to Nintendo Switch later this year.

"Natsume has been dedicated to its mission to 'Make Everyone Happy' through exciting interactive entertainment software for the entire family for the past 23 years and we are excited to work with new developers who represent this likeminded mission," said Natsume CEO and president Hiro Maekawa.

"We are proud to support and collaborate with dedicated, artistic, and inspiring developers who are building the future of video games."

Fiery Squirrel CEO Henry Fernández added: "I am thrilled to be working with such a great company as Natsume, and I hope that together we can create game experiences that impact players in a meaningful way,”