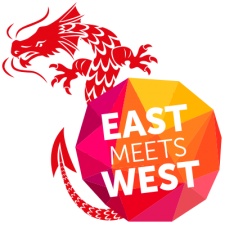 Pocket Gamer Connects Hong Kong - what's it all about?

Find out what's in store as Pocket Gamer Connects heads to Hong Kong for the first time.

Chinese publisher Tencent regularly dominates the top grossing games charts in China. Now a report claims the company could be planning its own gaming phone to take on the extremely competitive smartphone hardware market.

CCP CEO Hilmar Veigar Pétursson believes current trends in South Korea offer a glimpse into the future for the West, based on 20 years of observation and data.

Sensor Tower analyses market growth, finding that eight of the top 10 mobile games by revenue in Q1 hailed from Asia.

Tencent's influence over the games industry is significant and this report from Newzoo shows just how much so.

Plug In Digital continues expansion by opening office in China

French digital distribution outfit and publisher Plug In Digital is looking to expand its presence in the fast-growing China market and to that end has opened up a new office in the country.

The publisher behind Harvest Moon and Reel Fishing has set up a new Indie Program to support developers who are "building the future of video games".

Brawl Stars has now made Supercell more than $200 million in fourth months, with South Korea recently becoming the biggest driver of sales.

It looks a lot like Fortnite, but it no longer shares the name. Still, the title has racked up more than one million pre-registrations and is launching ahead of Epic's own battle royale, so it could prove a big success for NetEase.

Defending against the dark arts of mobile game hacking with AppSealing

This sponsored post by AppSealing takes a look at the issues developers face from hacking and how they can combat it.

The Chinese games giant has filled up the headlines this week. The latest headline grabber is the launch of its new Pokemon Go-esque and blockchain-powered game Let's Hunt Monsters.

Tencent's Honor of Kings maintained its hold over the publisher's other title, Perfect World, for the week of April 1st.

Save the date! Free London mini-summit and mixer this May

We're hosting a free London mini-summit for the games industry on Tuesday, May 29th in association with Mintegral. Held at 58 Victoria Embankment, the theme of the evening will be bridging the gap between East and West. Mintegral will share its expertise regarding the current environment of the Chinese mobile games market.