Weekly global mobile games charts: Clean Road cleans up in the UK in a strong week for SayGames

Charts from April 15th to 21st 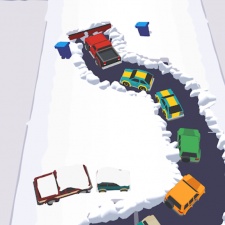 This week's charts cover the period from April 15th to 21st

Voodoo breaks into the top 10 with two new free iOS games, Balls Rotate and Human Runner 3D. Clean Road hits Android at second - but as we'll see in the UK, SayGames had a much stronger week across the pond.

Pokemon returned to top spot as the top grossing game on Google Play, while Candy Crush proves its return to the top last week wasn't a flash in the pan.

Clean Road managed to one-up itself over last week with an Android launch, securing the top spot in free games across both platforms. SayGames stablemate House Paint also hit Android this week in second, giving the studio two new chart-toppers.

The other charts are a little less exciting, as Coin Master remains untouchable as the top grossing app across both platforms. Minecraft, meanwhile, is still the top dog in the paid charts.

A 50 per cent sale on Professor Layton: The Curious Village brings it storming back into the paid top 10 on Google Play.

A slew of new entries from Tencent, Joyfort, 101 Digital and Kingsoft hit the Chinese free charts this week. None, however, were able to touch Tencent's Let's Hunt Monsters.

Cute Westward Journey hit second in the paid top 10 this week, a little under the continued dominance of Crazy Cinema.

Honor of Kings returns as the top grosser in China, in a continued back-and-forth with fellow Tencent hit Perfect World. Let's Hunt Monsters finally made the jump into the top grossing list at fourth.