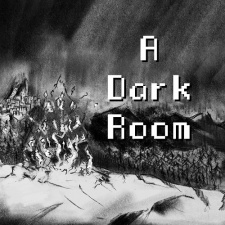 Nintendo has removed Switch eshop title A Dark Room from its store after the developer included a code editor that let users create basic apps.

As reported by Eurogamer, Amir Rajan snuck a secret editor into the role-playing game that enabled players to perform basic coding in Japanese programming platform Ruby.

Rajan claimed the inclusion was an “Easter Egg” that would turn every consumer Switch into a Ruby Machine. The feature was implemented in the final few weeks before launch in hope that it wouldn’t be picked up by Nintendo’s testers.

A Dark Room was subsequently taken down by Nintendo on April 26th, 2019 after it was discovered by the company.

"I deeply regret how this has blown up," Rajan told Eurogamer.

"A simple toy sandboxed environment has been framed as this massive exploit. And of course, it's the community that exploits these things that pushed it up to that level. I'm partly to blame with my sensationalised media posts.

"I acted alone and stupidly. It was a last second 'spark of inspiration' and I snuck it in assuming that plugging in a USB keyboard and pressing the '~' key wasn't part of the test plan.”

It’s no real surprise that Nintendo decided to take the game down with the firm continuously shown to be protective of its hardware. Publisher Circle Entertainment has confirmed that it's in discussions with Nintendo over what happens with the game next.