$58 million made from American Pokemon Trainers 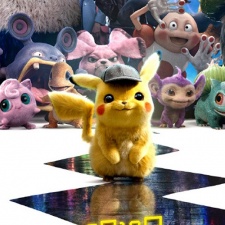 Warner Bros’ Detective Pikachu achieved the biggest opening weekend ever for a video game movie adaptation in the US.

The film, which sees Ryan Reynolds voice a live-action Pikachu, brought in an estimated $58 million, according to Box Office Mojo. The movie finished second for its opening weekend, with Avengers: Endgame taking the top spot with $63 million.

Outside of the US, the film grossed approximately $103 million, taking its worldwide earnings up to $161 million.

The top grossing video game movie of all time is 2016’s Warcraft at $433.7 million, which made the majority of its sales from China.

Detective Pikachu made $41 million from the Chinese audiences during its opening, however unless a large number of viewers continue to watch the film over the next couple of weekends, it’s unlikely to supplant Warcraft.

Game of Thrones: Conquest has largest revenue month in April