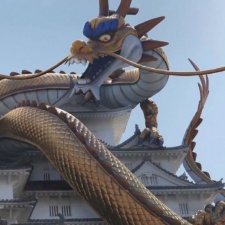 Like Niantic’s hit, there will be monsters and locations littered around the world, though Walk also promises more conventional features like characters to talk to, a story that plays out, and a number of customisation features for player housing.

With development handled by Colopl, Dragon Quest Walk is set for release later this year with a closed beta starting June 11th.

This testing period is seemingly exclusive to Japanese players and will take in 20,000 users split evenly between Android and iOS.

There's currently no information known on whether Dragon Quest Walk will make it outside of Japan. Pokemon Go may have grossed over $2.5 billion worldwide so far, Dragon Quest hasn't had quite the cultural impact outside its home region.