Service took 80 days to reach the same number for 4G 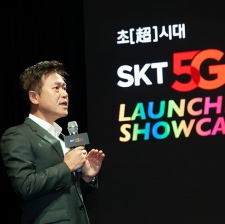 Over one million South Korean mobile users have signed up to 5G services in 69 days.

South Korea’s Ministry of Science and Technology confirmed the news (via Yonhap) on June 10th, after 5G was launched commercially on April 3rd, 2019. This is 11 days faster than when 4G was introduced to the nation in 2011.

17,000 new customers on average have subscribed to the network each day since the option became available.

The country’s 5G system is made up by SK Telecom, which owns 40 per cent of the network while LG Uplus and KT Corporation each possess 30 per cent.

Yonhap believes that the amount of 5G users will be positioned somewhere between four to five million come the end of 2019, with Samsung’s Galaxy Fold being a major factor if it arrives with the technology already installed.

5G has been making its way to the UK, as mobile network provider Three revealed that it will launch its 5G service in London from August.