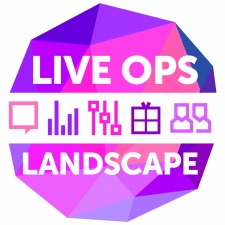 With less than a month to go until Pocket Gamer Connects Hong Kong takes place on July 17th and 18th, we’re taking the opportunity to highlight the nine tracks on offer at the event (plus there's also seven tracks over on Blockchain Gamer connects).

In the build-up, we will be looking at one specific track daily to give you a better idea of what to expect.

Today we’re looking at Live Ops Landscape, that will focus on explaining and improving key aspects of how developers approach the world of live operations. This track will answer vital questions like how to keep your game alive and how to keep players loyal after launch all being tackled head-on.

16:00 - Starting the day’s proceedings, we have TouchTen CEO and co-founder Rokimas Soeharyo and Xtra Life CEO Wandrille Pruvot who will both be holding a session on why TouchTen chose a SaaS back end for their next game release.

16:20 - Fundamentally Games co-founder and PGC regular Oscar Clark will then take to the stage to discuss how to put players first when it comes to live ops, with an emphasis on building the experience around the players instead of the servers.

16:40 - Following this, Azarus.io CEO and co-founder Alexander Casassovici shall present a session on ‘Boosting your on-stream and in-game engagement and retention through Azarus challenges’, utilising Ubisoft’s Rainbow: Six Siege as an example.

These sessions are from just one of the nine tracks taking place at the show the year.

You can check out our full schedule to see the other impressive speakers attending, though be sure to check back for updates as we get closer to the event.