Game will be available on both iOS and Android from launch 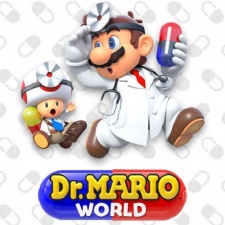 Nintendo has revealed that upcoming puzzler Dr. Mario World will be arriving on mobile on July 10th, 2019.

The date was announced during the first official trailer for the game, which showed the likes of Mario, Peach, Bowser, Toad, and Yoshi working to get rid of the colourful viruses that have plagued the Mushroom Kingdom.

The title looks to utilise a free-to-play mechanic with a cooldown system, which requires diamonds to be purchased to continue playing via the use of real money.

This is notably different from the original release which required four tiles to be matched as opposed to three, with Dr. Mario World looking to take influence from games like Candy Crush.

According to the video, up to 170 levels will be available across five different worlds. A versus mode will also be available where players can challenge each other in one-on-one matches.

Dr. Mario World launches on iOS and Android worldwide on July 10th. It's been co-developed by Line and NHN.

After Nintendo decided to not show any mobile titles during its E3 direct, we discussed whether the company is really all-in on the platform.