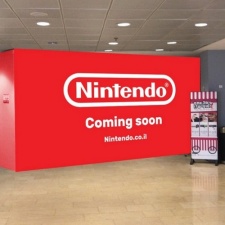 The decision for Israel to become home of Nintendo’s next official shop only comes a few months after the country received an official online store.

Nintendo’s first official store was opened 14 years ago in New York and can be found in the Rockefeller Plaza. Even before this, the building was an official store for The Pokémon Company for four years.

The location has become very popular for fans to gather and watch Nintendo directs, with live reactions of the crowd commonly posted to the web.

The most recent of these was Nintendo’s E3 direct, which showcase numerous announcements including a new Zelda, Pokemon Sword and Shield footage and Banjo-Kazooie for Super Smash Bros. Ultimate.

You can read everything that was revealed here.