Nintendo on game streaming and 5G: “We must keep up with such changes in the environment” 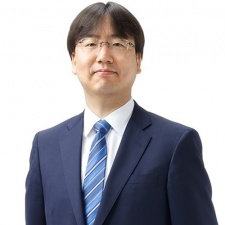 Speaking at the firm's annual general meeting of shareholders, Furukawa said while he doesn’t expect all titles to become cloud games any time soon, “the technologies are definitely advancing”.

“We must keep up with such changes in the environment,” he said.

“That being said, if these changes increase the worldwide gaming population, that will just give us more opportunities with our integrated hardware and software development approach to reach people worldwide with the unique entertainment that Nintendo can provide.”

Nintendo fellow Shigeru Miyamoto disputed a question that Nintendo had been slow to join large industry trends, claiming the firm had not fallen behind in virtual reality or network services.

He said that because the company doesn’t publicise some of the projects it’s working on and evaluating, “it may look like we’re falling behind”.

Earlier this year, Nintendo released the Nintendo Labo Toy-Con 04: VR Kit, which now lets users play games such as Super Mario Odyssey and The Legend of Zelda: Breath of the Wild in VR. This is not the same experience however as offered by new headsets from other companies on the market such as the Oculus Quest and Valve Index.

When it comes to cloud gaming, Miyamoto said he thinks it will become more widespread in future but believes there will “continue to be games that are fun because they are running locally and not on the cloud”.

“We believe it is important to continue to use these diverse technical environments to make unique entertainment that could only have been made by Nintendo,” he said.

“The number of people coming into contact with digital devices is increasing more dramatically than ever before. For example, Super Mario Run has surpassed 300 million downloads.

“The fact that we've reached such a market means that opportunities for us are greatly expanding, so we would like to work on more and more unique projects. “

Nintendo faces significant competition in the cloud gaming space, should it decide to become a player in the market.

Google has unveiled its Stadia streaming platform, powered by Google Cloud. Microsoft is building its cloud gaming infrastructure based off its Azure technology, while it has also signed a deal with Sony that will see the PlayStation firm taking advantage of that same infrastructure.

Sony has also previously invested heavily in cloud technology through the $380 million acquisition of Gaikai in 2012 and the purchase of OnLive in 2015.

Commenting on the benefits of 5G during Nintendo’s general meeting, company director Ko Shiota said the company was investigating it.

“However, we don't only chase trends in technology,” said Shiota.

“When considering what to offer in our entertainment and services, we think about both how the technology will be applied to gameplay and what new experiences and gameplay we can offer consumers as a result of that application.

“Cost is also an extremely important factor when it comes to 5G. It's difficult to use even an outstanding technology if the cost is too high, so we will continue to also thoroughly investigate the cost of new technologies.”