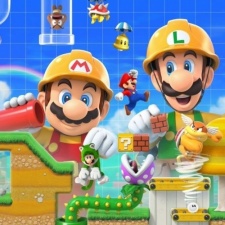 Nintendo has revealed that hardware for the Nintendo Switch has now sold 36.87 million units, since launching in March 2017.

The figures were made public through the company’s financial results for the last three months ending June 2019. 2.13 million Switch units were sold through Q2 2019, representing a 13 per cent increase from the 1.88 million that were sold last year.

Software sales for the Switch were confirmed to have hit 210.13 million, with the top 10 best-selling titles showing Mario Kart 8 Deluxe to be the outright winner at 17.89 million units.

Super Mario Maker 2 sold 2.42 million copies in only three days of launching, meaning the next time these numbers are released it’s likely to break into the top 10.

On mobile, Nintendo earned ¥10 billion ($92.1 million) from the past quarter representing a 10 per cent increase year-on-year. This number was fueled by Dragalia Lost which became Nintendo’s second most successful mobile title grossing $100 million worldwide in July.

However, this number does not take into account Dr. Mario World with the game launching after the financial period for Q2 already ending.

Dr. Mario World accumulated five million downloads and $500,000 in revenue from its first week of release.