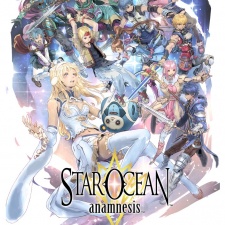 Square Enix will shut down servers for its action-RPG Star Ocean: Anamnesis for good this November.

Star Ocean: Anamnesis will turn off servers officially at on November 5th, 2019 at 9 am PDT.

The game had first launched in the West just over a year ago on July 10th 2018 but has not lived up to expectations in that time.

“Over the last year, players have travelled the galaxy and built up their very own crews in Star Ocean: Anamnesis,” read a statement from the developer.

“From those new to Star Ocean to long-time fans of the series, it was incredible to see players experience this universe together. It is with a heavy heart that we will be concluding service for Star Ocean: Anamnesis global version as of November 5th, 2019.”