Take a peek at the first ever Asia Digital Entertainment Summit 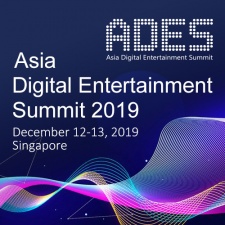 The Asia Digital Entertainment Summit 2019 (ADES) lands in Singapore on December 12th and 13th for two days of conference talks and seminars. Over 200 attendees will be present alongside 30 speakers from the likes of Activision, Valve, Ubisoft, NetEase and Sony.

Held at the Pan Pacific Singapore, the event will shine light on the future of the digital entertainment industry, covering animation, broadcast, internet, gaming, AR/VR, music and more.

Over the past decade, the development of the digital entertainment industry has mainly focused on gaming, animation, film, literature and music. Some of these areas – such as animation and literature – have been around since long before the birth of the digital media, when they were closely reliant on analogue methods and materials. Film and music have long been spread through TV, CDs and other such platforms. The biggest common denominator of these modes of communication was their limited reach and slow dissemination among audiences. Before the advent of digitization, these two points were almost fatal to the traditional entertainment industry. However, in the present era, rapidly-delivered online forms of transmission and the widespread coverage of the Internet have been quick to replace traditional communication methods.

What you will learn (highlights)

The ADES is Duxes’ first event tackling the burgeoning digital entertainment market in Asia, and follows a series of events covering the tech and digital marketing sectors in China and across Asia, which have been acclaimed for their thorough content and interactive forum.

You can register for the event here, and for any further information, please contact events@duxes.cn.

Where will you find us this year? Join the Steel Media 2020 world tour ONLINE!