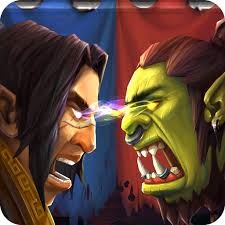 According to Polygon, the Overwatch creator the lawsuit claimed that Sina's free-to-play title Glorious Saga is mostly copied from World of Warcraft.

The developer has made several complaints in the suit such as the use of Warcraft character names like Gul’dan, Malfurion and Jaina Proudmoore.

As a result, it’s asking for $150,000 for each piece of infringed work on top of attorney’s fees.

“Every monster, creature, animal, and vehicle in the Infringing Game was copied from the Warcraft games,” the lawsuit alleged.

Following the lawsuit filing, as of August 29th Glorious Saga has been closed down. A statement was released on the game’s Facebook page confirming the closure of the title’s server.

Sina Games said “irresistible reasons” were behind the shutdown, though it's not clear what that means. No direct mention of the lawsuit was made.