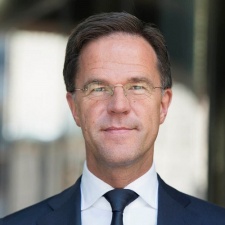 The Dutch Games Association has partnered with Creative Victoria, the Game Developers’ Association of Australia to help create further ties between the two countries in the games industry.

As part of this coming together, Dutch games consultant and co-founder of several award-winning development studios Sjoerd Wennekes held a keynote speech.

Alongside this, Dutch matchmaking tool MeetToMatch was used at Game Connect Asia Pacific to power meetings between attendees.

To top off this cooperation, Netherlands prime minister Mark Rutte attending PAX Aus to discuss the perks of how specialised games can be used in fields such as healthcare.

Wennekes shared details of the potential of the Australian games market as well as highlighting his Tovertafel project, an interactive system used to help people in care homes to stay active.

One of the highlights from the week was the Australian Game Developer Awards which saw Mighty Kingdom win Studio of the Year and House House’s Untitled Goose Game grabbed two accolades on the night.

You can check out all of our coverage of Melbourne International Games Week 2019 right here.