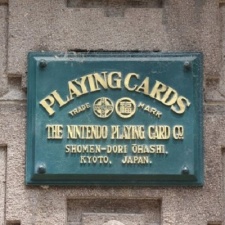 Nintendo's former head office in Kyoto is due to be transformed into a hotel.

As reported by Osumituki (translated via Japanese Nintendo), the Japanese building known as Yamauchi Nintendo will be renovated to feature 20 rooms for guests. On top of this, a restaurant, bar, gym, and spa facility will be made available for those staying to use at their leisure.

The project is currently titled the Kabuyama Project and is expected to open its doors to the public in summer 2021.

The company was founded in September 1889 as Yamauchi Nintendo & Co. Ltd, with the business focusing on Hanafuda playing cards before expanding into toys and eventually video games.

Nintendo even experimented with love hotels in 1963, however the business venture was deemed unsuccessful.

Nintendo recently won an injunction against a Californian man who was accused of selling pirated games and modding its Switch unit for sale.

Nintendo will host a 20-minute Pokemon Direct today at 6:30 PT/9:30 ET/14:30 GMT, where several announcements concerning the future of the series are expected to be revealed.