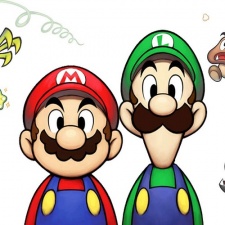 Nintendo has filed a trademark for the Mario & Luigi series following the original developer's closure.

As reported by LetsGoDigital (via NintendoLife), three months after the Japanese firm AlphaDream declared bankruptcy, Nintendo of America has sought out a new trademark in Argentina for the RPG series.

The latest game arrived in the form of Mario & Luigi: Bowser's Inside Story + Bowser Jr.'s Journey, a 3DS remake of the 2009 Nintendo DS title. No new announcements have been made concerning the future of the series.

Founded in 2000, Alpha Dream was forced to close last year after revenue was confirmed as "sluggish" while "development costs drove the studio into the red", according to Yahoo Japan.

Nintendo's former Kyoto headquarters has also been confirmed to be transformed into a hotel in 2021.