New date to be announced at a later time 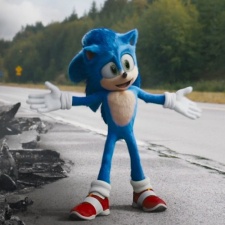 Sega and Paramount Pictures' Sonic the Hedgehog film has been delayed due to the coronavirus outbreak in China.

As reported by Variety, the studio made the announcement stating the film has been "postponed" and a new date will be revealed at a later date. Cinemas across China have been closing indefinitely because of the ongoing issue.

According to the National Health Commission, over 77,000 cases have been reported in the country with more than 2,500 deaths included in that number.

"Sonic will only be slowing down his pace temporarily, and we look forward to bringing him zooming onto the big screen in China once it is appropriate to do so," said a Paramount representative.

"As the whole country and world unite together to fight the outbreak of coronavirus, we would like to express our gratitude and respect to all the medical staff, the rescue personnel, and people in service who provide us with much-needed assistance and support during this time."

Since launching in cinemas, the Sonic the Hedgehog movie has surpassed $200 million worldwide.

Meanwhile, since the coronavirus epidemic began, more and more companies have been pulling out of events with Facebook and Sony pulling out of GDC over concerns of the virus.