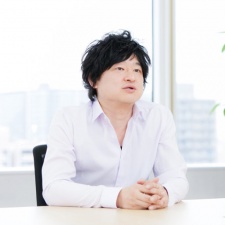 PlatinumGames' The Wonderful 101 Kickstarter campaign was apparently not about money.

Speaking to Gematsu, executive director Atsushi Inaba claimed the campaign "was not for funding at all and was "more about gauging interest" in the title.

"This is a game we've always wanted to revisit at some point in time, so we thought it would be a good opportunity to bring the fans together - to unite them - and gauge interest. And in essence, to release the game," said Inaba.

"So it wasn't really about the amount of funding at all, it was about self-publishing, bringing fans together, and revisiting The Wonderful 101."

"First off, the money is going towards the production of all the goods - I don't know if you've seen all the tiers and their rewards, but those cost money to produce," said Inaba.

"The rest of the money is going towards the additional content that will be added to the game. All that costs money, and it takes time and work to port the game to the additional platforms.

"I want to clarify that we didn't do the campaign to 'get money' or anything like that—that wasn't the point of it. The main goal was to bring the fans together, gauge interest, and find a good way to revisit and release the game."

At the start of the year, the Japanese developer landed an investment from Chinese tech giant Tencent. Last month, it was revealed that the company would open a new studio in Tokyo. Inaba claimed that the developer wants to explore new genres and styles of play.