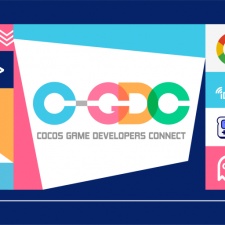 Due to many conferences and events being cancelled as a result of the ongoing coronavirus, Cocos has opted to host its first Western online conference, which will feature speakers and presentations from companies around the world.

The live videos will debut on both the developer's YouTube and Bilibili platforms, though the exact times have yet to be revealed.

"With many video game conferences around the globe either cancelled or postponed due to the issues pertaining to the COVID-19 virus, many developers are unable to attend events to learn key findings and watch presentations from attending speakers in the past few months," reads the announcement.

"Cocos has offered talks with partners before as offline salons all across China," the post continues.

"But this is our first-ever online conference and continues our initiative to have more live video discussions and tutorials on both of our YouTube and Bilibili platforms."

Prior to this, the Cocos' Richard Yang and Caterina Zhang both spoke about how to create a truly interoperable game via a guest post.