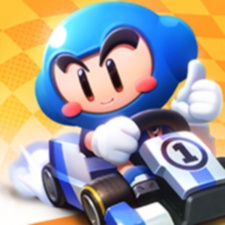 The game will launch in Q2 2020. Players have been able to pre-register for the free-to-play kart racer since April 16th.

Those who pre-register will get exclusive in-game rewards – a Skelemech Kart, Slugger Dao character, 5,000 Turbo Crystals, Angel Wing headgear, Star Driftmoji, 1,000 Lucci Coins, 3,000 K-Coins and 500 Lucci. What exactly these are will likely be clearer when the game actually launches.

Further rewards can be earned through pre-registering via Android and iOS.

Last month, the Korean publisher secured a new deal with EA for a new FIFA mobile game in South Korea.

For the fiscal year ending December 31st 2019, the company made $1.03 billion. MapleStory M contributed to the revenue as it experienced significant growth – 114 per cent – in earnings.