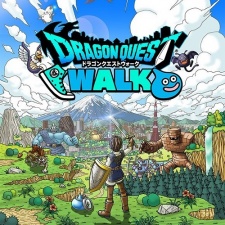 Japanese publisher Square Enix has seen its profits rise by 9.38 per cent thanks in part to the continued growth of its mobile division.

This information was made public through the company's financial results for the 12 months ended on March 31st, 2020.

However, Square's games for smart devices and browser continued to grow over the 12 months. The sector saw a rise of 22.1 per cent with ¥106.4 billion ($996 million), compared to the ¥83.8 billion ($784.4 million) earned previously. This increase was attributed to Romancing SaGa Re;univerSe and Dragon Quest Walk, with the latter only launching on September 27th, 2019.

"The novel coronavirus pandemic could have a serious impact on the group's consolidated earnings and financial conditions; the uncertainty regarding the scope and degree of any such impact impedes the formulation of full-year earnings forecasts at present," reads the financial document.

Square Enix has therefore opted out of setting a consolidated forecast for the fiscal year ending March 31st, 2021 at this time.

In the short-term, Square looks to increase its digital ratio while in the medium-term, the firm will focus more on "cloud distribution" and development of "cloud-centric games".

The developer will be hoping to find similar success with fantasy RPG SINoALICE once the game arrives on mobile devices in the West later this year.